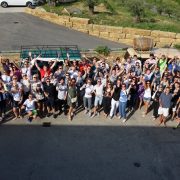 The 26th Annual Assembly of the ACI Slovenia Association was held from June 15th to 17th 2018 in Portorož. ACI Slovenia brings together 90 Slovenian foreign exchange traders and asset managers, operating under the umbrella of the international association ACI – The Financial Markets Association. The main goal of our association is the development of financial markets, the promotion of uniform market practice and the education of its members.

ACI Slovenia prepared a comprehensive professional programme in cooperation with foreign and domestic high calibre speakers. The event was attended by 31 foreign guests from Europe, USA and Japan and 72 domestic guests. The main assembly started on Friday evening with the annual Reports from the Presidency, Supervisory Board Report and Court of Honour Report. ACI President Matjaz Stritih presented the achievements of the Association over the past year and proposed changes to the ACI Slovenia Statute. ACI Slovenia is very proud of the increase of its membership, as we managed to acquire 21 new members. After the General Meeting, the members were addressed by Andrej Meža from NLB dd. and Rui Correia, who is currently Deputy Director of Education at ACI Financial Markets Association (ACIFMA). The Assembly was concluded by the main sponsor – Thomson Reuters presentation on how to avoid reputa­tional risks in the financial industry.

The Saturday morning research programme was opened by the recognized analyst Dr. Johannes Mayr from Bayern LB, who gave the participants an interesting overview of global financial markets developments with an emphasis on the ECB’s monetary policy. Then we were honoured to hear a presentation from Rui Correia about the new MiFID II regulations impact on the financial markets. In addition, he provided key information on the The Foreign Exchange Global Code of Conduct (FX Global Code). The regulatory themes were rounded off by the representative of Banka Slovenije, Cilka Ferjančič, with the presentation of the reforms on reference interest rate benchmarks in Europe and the US. In the second part, Živa Petkovšek and Jernej Gregorič from the Banka Slovenije presented a quantitative model for tactical positioning against the comparative portfolios developed by the Banka Slovenije Asset Management Divison. The Saturday workshop was concluded with a very interesting presentation by Beijia Ma from the Bank of America Merrill Lynch, focusing on artificial intelligence and the resulting investment opportunities.

After a professional programme, participants visited Olive Oil Mill Lisjak, where they learnt how olive oil is produced. At the end of the guided tour, they had the opportunity to taste various types of olive oil and Istrian local wines. After a very interesting experience, participants enjoyed the BBQ dinner on the terrace. Excellent Istrian cuisine and beautiful Istrian landscape added to the successful conclusion of the Assembly.

To see the photos please click on the following link: https://aci-slovenia.org/26-jubilejna-redna-letna-skupscina-aci-slovenija-2018/ and scroll down. 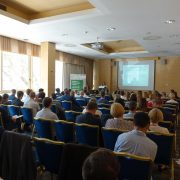 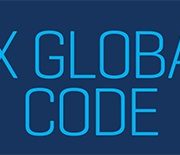 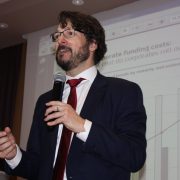 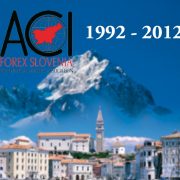 This website uses cookies to improve your experience while you navigate through the website. Out of these, the cookies that are categorized as necessary are stored on your browser as they are essential for the working of basic functionalities of the website. We also use third-party cookies that help us analyze and understand how you use this website. These cookies will be stored in your browser only with your consent. You also have the option to opt-out of these cookies. But opting out of some of these cookies may affect your browsing experience.
Necessary Vedno omogočeno
Necessary cookies are absolutely essential for the website to function properly. This category only includes cookies that ensures basic functionalities and security features of the website. These cookies do not store any personal information.
Non-necessary
Any cookies that may not be particularly necessary for the website to function and is used specifically to collect user personal data via analytics, ads, other embedded contents are termed as non-necessary cookies. It is mandatory to procure user consent prior to running these cookies on your website.
SAVE & ACCEPT
Scroll to top